20 years of autonomy in Gagauzia 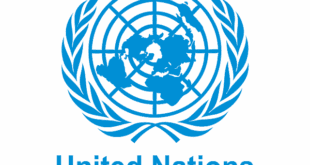 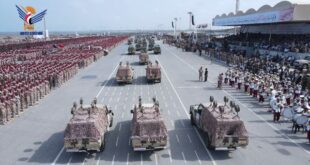 There are not that many examples of working territorial autonomies in Eastern European States, but one of the first, Gagauzia in the Republic of Moldova, is going to celebrate its first 20 years of existence in 2014. Gagauzia is of particular interest for Turkey, as this tiny people is of Turkic origin and was living for centuries in Bulgaria. Along with Russia’s Chuvash people the Gagauzians is the only Turkic people which adopted orthodox Christianity. Today, of Gagauzia’s 180.000 inhabitants 82-83 per cent are ethnic Gagauzians, who, besides of their mother tongue, mostly use Russian as second language, whereas only 4 per cent speak also Moldovan. Gagauzia’s autonomy has been backed also by Turkey, which still supports the region culturally and financially.

When in 1994 the Republic of Moldova was faced with a war in Transdniestria, Gagauzia did not question the territorial integrity of the State, but strongly claimed autonomy. On 23 December 1994 the Moldovan parliament approved the “Act on the special legal status of Gagauz Yeri. According to this autonomy statute the territory of Gagauzia consists of all areas, where the proportion of Gagauzian people exceeds 50 per cent, but all interested municipalities were enabled to hold a referendum in 1995 to decide whether to join the new autonomous territory or not. This is quite a good example how an autonomous area without a traditionally given demarcation can be formed by democratic means, which could contain some lessons for Turkey too. There is another special right for the Gagauzians: by Moldova’s Constitution they are entitled to hold a referendum of self-determination whenever the Republic of Moldova would decide to give up its sovereignty (the most likely option would be a union with Romania).[1]

In these 20 years of autonomy no armed confrontations have been documented in Gagauzia. There is a peaceful coexistence between Moldovans and Gagauzians in the autonomous territory, but the scope of the autonomy appears not to go far enough. The level of protection of the ethno-cultural identity of the Gagauzians is still too low. Russian is still predominant in Gagauzia to the detrimento of the development of the Gagauz language. On the other hand young Gagauzians are facing fewer chances in the higher education system of Moldova and are lacking a proper knowledge of the State’s language.[2] According to a recent detailed analysis there is a range of unsolved issues in Gaguazia, just a few examples[3]: 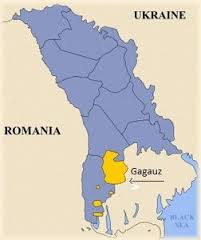 • The missing capacities and inefficient use of existing mechanisms – either in the People’s Assembly concerning legal initiatives, or in the government by not perceiving the Bashkan, the head of the Gagauzian regional government, as an equal player;

• The sticking to old political agendas and promoting unrealistic goals;

• The low incentives and support for integration, especially in terms of education and language;

• The insufficient protection and promotion of the Gagauz culture and language by Chisinau as well as Comrat;

• The absence of a clear, transparent, timely and corresponding budget formation and distribution process;

• The potential changes to the territorial arrangement of Gagauzia and the possibility of future conflicts due to attempts to increase centralization.

Thus the very hierarchy of laws remains disputed between Comrat and Chisinau and some State authorities do even ignore the autonomy statute. While some politicians deplore the lack of political dialogue, a facilitation organ is needed which would help to solve disputes in an early stage.

Can Moldova and is it willing to accommodate its Gagauz minority appropriately? After the power change in Chisinau 2009 the central state i slowly recovering. Chisinau, governed by more nationalist forces, today is less willing to cede contro over several issues. On The other hand the Gagauzians elites are caught in internal struggles weakening its political position. There is a clear need to empower and professionalize the political structures of the autonomous region, especially the People’s Assembly. On the other hand the Moldovan State has the responsibility to fully comply with the autonomy act. At present Gagauzia’s autonomy cannot be presented as a glorious model of well functioning territorial autonomy. In 1994 a further secession conflict has been avoided in a peaceful way by granting autonomy. Today, 20 years later, it is time to put a comprehensive reform of the first autonomy act on Molodva’s political agenda.

[2]             For a recent analysis of such a solution see: Benedikt Harzl, The Gagauzian Model of Autonomy: A perspective for  Transdniestria?, in: Thomas Benedikter (ed.), Solving Ethnic Conflict through Self-Government, EURAC, Bozen 2009. This book has been edited in Turkish recently by the Diyarbakir based publishing house ARAM.

A longer explanation of the genesis of Gagauz Yeri can be read on: Thomas Benedikter, The World’s Modern Autonomy Systems, 2010 (Internet).

Previous Thomas Benedikter: Autonomy in the Kurdish region will not disrupt Turkey, but makes country a better place
Next Spanish state prefers violence so it ignores ETA’s intention to disarm 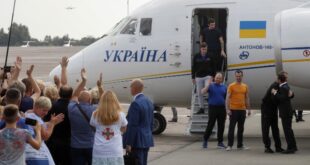