On Thursday, August 12, the governments of Colombian President Gustavo Petro and Venezuelan President Nicolás Maduro appointed ambassadors to each other’s countries, as part of an effort to reestablish bilateral and diplomatic relations between the neighboring countries, broken in February 2019.

During a public address on August 12, President Maduro announced that he had appointed former Foreign Minister Félix Plasencia as the next ambassador of the country to Colombia. He said that “the Venezuelan Foreign Ministry has requested the approval of the Colombian Foreign Ministry, and that Plasencia will soon be in Bogotá.”

Maduro assured that Plasencia is a “man of great diplomatic and political experience, with a great capacity for relationships,” and that he is “sure that his experience, wisdom and determination will continue to nurture relations between both countries, to achieve peace and true brotherhood.”

The head of state also reported that he had formed a special team, which would be led by Vice President Delcy Rodríguez, and would work toward strengthening the political, diplomatic and commercial relations between the two nations, and deal with vari

Plasencia, who is currently the president of the International Investment Center of Venezuela, in a tweet, expressed his commitment to the position. “I assume with great honor this responsibility entrusted by President Nicolás Maduro. The Bolivarian Diplomacy of Peace will be the solid base to strengthen the historical brotherhood of the people of Venezuela and Colombia, daughters of Libertador Simón Bolívar,” he wrote.

“I have decided, in response to the Venezuelan government that has appointed an ambassador who will have the responsibility of normalizing diplomatic relations between the two countries, to appoint Armando Benedetti as Colombia’s ambassador to Venezuela, waiting for the approval of that government,” said Petro in a press conference.

Petro added that Benedetti will have “the arduous task of normalizing relations between the two countries, reestablishing the institutionality that existed decades before so that the two sister nations can protect their rights, guarantee their freedoms and ensure that Colombia and Venezuela can build wealth for both peoples.”

For his part, Benedetti, on his Twitter account, stated that “President Gustavo Petro, I will surprise you when we reach 10 billion USD in trade, when we benefit more than 8 million Colombians who live on the border. No imaginary line will ever separate us as brother republics again. Thank you for your trust. 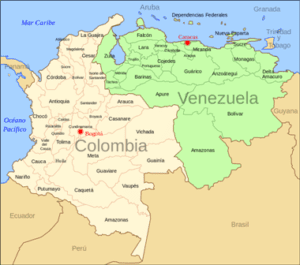 Relations between Venezuela and Colombia were broken in February 2019 after the former conservative Colombia President Iván Duque, in collusion with and in submission to the United States, recognized self-proclaimed “president” Juan Guaidó as Venezuela’s legitimate leader and assisted him to enter into the country and then stage the “humanitarian aid” border crisis on February 23.

Petro, who was inaugurated as Colombia’s first left-wing president on August 7, had pledged during his campaign to reverse this decision in order to resolve the border crisis.

Last month, on July 28, Colombian Foreign Minister Álvaro Leyva visited Venezuela and met with Venezuelan Foreign Minister Carlos Faria with the aim to restore diplomatic relations with the country. The ministers signed an agreement that advocated “the appointment of ambassadors in Caracas and Bogotá” and the resumption of relations after Petro’s inauguration.

In just four days since its inauguration, the new Colombian government has taken action to advance a progressive turn in the country’s foreign policy. In addition to appointing an ambassador to Venezuela, on August 11, its Foreign Minister Leyva visited Cuba, rejected its classification by the United States as a state sponsor of terrorism, and called for its removal from that list.

This article written by Tanya Wadhwa and it was published by peoplesdispatch.