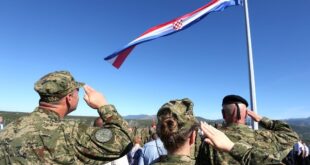 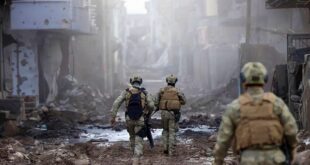 In the wake of the colonial plan after World War I, the people of Kurdistan through the physical partition of their land were divided and became minorities in three alien cultures, namely, Arab, Persian and Turkish. The Kurdish culture and identity was subjected to a program of systemic obliteration.

This systematic suppression of the Kurds was created by the provisions of the Sykes-Picot Treaty which created some of the most racist nation states in the Middle East. The new nation states of Turkey, Iraq, Iran, and Syria were formed at the expense of the identity of other nationalities such as the Kurds, who were native to their own ancestral land. This colonial stratagem caused the peoples of the Middle East to live in disharmony and conflict. Perhaps, the current instability of the Middle East is the direct result of the unjust colonial division of the region which now is suffering the most profound and destabilizing transformation in the region’s long disputed history.

Mr.President, for the Kurds, the transformation began in 1991 with the US invasion of Iraq, and the establishment of the no-fly zone. In 1992, the Kurds, with the help of the US, England, and France, were able to establish their own administration in some parts of Kurdistan-Iraqi. The Kurdish Regional Government (KRG), as a new self-governing entity, has its own shortcomings, certainly. Nonetheless, the KRG has been a reliable friend of the US and its interests in the Middle East. But, despite the constant cooperation of the KRG, the Kurds have not received genuine US support. 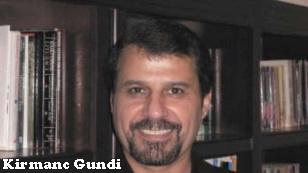 Further, at the regional level, Turkey has problematic relations with the Kurds. Although, Turkey has profited from its murky oil deal with the KRG, and while benefiting from Kurdish oil, the Turkish government has not changed its political behavior towards Kurdish national and democratic rights in Kurdistan-Iraq, and continues to support some opposing factions to the Kurdistan Regional Government. Furthermore, Turkey prevents the Kurdish people of Kurdistan-Syria to enjoy the status that reflects their Kurdish identity.

Additionally, Turkey refuses to recognize the constitutional rights of Kurdistan citizens in Turkey. The only constitutional thing Turkey has implemented was in September 2103, when Turkish government removed the 85 year old ban on three letters q, x and w, that exist the in Kurdish alphabet. Nonetheless, what Turkey should do is the constitutional recognition of the Kurds as one of the two main ethnicities (Turks and Kurds) in Turkey. Kurds have their own national identity, language and culture, and should be recognized constitutionally.

Mr. President, when the instability reached Syria some three years ago, the Kurds in that part of Kurdistan transformed themselves from an ethnicity with no citizenship and identity in Syria into self-ruling cantons in Kurdistan-Syria. These three cantons include all the other non-Kurds in the region such as Arabs and Assyrians as equal partners in the newly established entity. The collective leadership of this part of Kurdistanwww.Ekurd.net has created a model for the future Middle East – a model in which various ethnicities could live together in harmony without one being identified as majority and the other as minority. However, Turkey has been vehemently opposing this transformation of Kurdistan-Syria.

Regardless of what Turkey’s intention is, Mr. President, what the Kurdish people have created in Kurdistan-Syria reflects their vision for the future and the way they want to live in co-existence on the basis of equality with all who live there – Kurds and non-Kurds alike. This means that the Kurds don’t want to create a Kurdish nation state in which only the Kurds are the landlords of the country. Therefore, the United States government should support this good model to create precedence for democracy and equality in the future Middle East.

Moreover, although Turkey has opened a channel of dialogue (not negotiation) with Abdulla Ocalan allegedly to find a peaceful settlement for the Kurdish issue in Kurdistan-Turkey, the Turkish government’s negotiation could more accurately be called a gambit, because Turkey has yet to take a practical legal step that corresponds to Abdulla Ocalan’s peaceful approach, move forward, and find a constitutional solution to make possible Turkish-Kurdish brotherhood.

Mr. President, keeping Abdullah Ocalan in prison and the PKK on the terrorist list will only harm the Kurdish-Turkish peace process. Therefore, we ask of you, as a Nobel peace prize laureate and the President of the United States, to press for the release of Abdullah Ocalan who indeed, has given a new vision for the Middle East, where various ethnicities could live together in peace. Mr. President, it would be against American values to continue to support a nation with such a myopic constitution that only recognizes the rights of Turks. In the past, you have had a positive influence on the relationship between Turkey and Kurdistan-Iraq. We urge you to press Turkey to have similar practical stance with the cantons of Kurdistan-Syria and the people of Kurdistan-Turkey.

We shall continue to pray for your success.

Dr. Kirmanj Gundi is a professor at the Department of Educational Administration and Leadership at Tennessee State University. 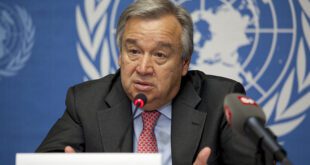