Behind Turkey’s war on the Kurds 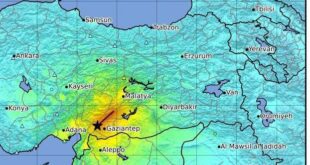 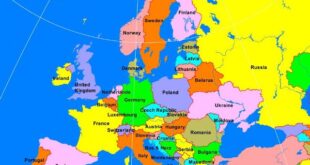 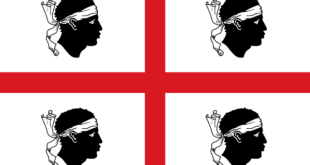 Turkey is rapidly descending into civil war as the government deepens its offensive against the Kurdish population.

Turkey is rapidly descending into civil war as the government of President Recep Tayyip Erdoğan deepens its offensive against the Kurdish population, left-wing opposition parties, journalists and academics.

The Turkish government says it is fighting the armed forces of the left-wing Kurdistan Workers Party (PKK), with which the government terminated peace talks last year. But the brunt of the state’s violence has been directed against civilians.

Kurdish-majority towns and cities are under siege and subjected to aerial and artillery bombing. Snipers shoot anyone venturing into the streets, including people going to retrieve those already shot.

This has led to bodies lying in the streets for weeks. Some families have lost several members after family members have gone into the street to assist wounded loved ones or retrieve their dead bodies.

The military assaults in the Kurdish-majority areas have been accompanied by a crackdown throughout the country, involving mass arrests and assassinations. In particular, the Kurdish-led left-wing Peoples Democratic Party (HDP), which did well in both of last year’s general elections, has been targeted, as have journalists.

After a petition by about a 1000 academics against the violence, academics have faced sackings, arrest and assassination.

On January 12, Erdoğan made a speech attacking foreign academics who had also signed the petition. He singled out US linguist and social critic Noam Chomsky, who he sneeringly invited to Turkey to “see what is taking place in Turkey with his own eyes, not through the eyes of a fifth column”.

In response Chomsky told the January 14 Guardian: “If I decide to go to Turkey, it will not be on his invitation, but as frequently before at the invitation of the many courageous dissidents, including Kurds who have been under severe attack for many years.”

“Turkey blamed ISIS [for a spate of recent terrorist attacks], which Erdoğan has been aiding in many ways, while also supporting the al-Nusra Front, which is hardly different,” Chomsky said.

“He then launched a tirade against those who condemn his crimes against Kurds — who happen to be the main ground force opposing ISIS in both Syria and Iraq. Is there any need for further comment?”

Despite being one of the largest nationalities in the Middle East, the Kurds were denied a nation-state when Britain and France drew up the regions borders early last century. Consequently, Kurdistan is divided between Turkey, Syria, Iraq and Iran. Turkey has the largest Kurdish minority — about 20 million people.

The Turkish Republic was created in the 1920s by Mustafa Kemal Ataturk, who militarily resisted British and French attempts to carve up and occupy the Turkish heartland the way they did the Arab former Ottoman territories.

Forged in the War of Independence against Britain and France, Kemal’s republic was committed to “modernising”, with “modern” being defined in Western terms. The core ideology was ethnic nationalism.

The Armenian population had been annihilated in the genocide committed by the Ottoman Empire in its dying years. The Greek population was expelled during War of Independence. This left Kurds as the republic’s largest national minority.

The forced assimilation policies of the Turkish Republic were extreme. The state not only banned Kurdish culture, Kurdish names and the Kurdish language, it even banned the letters “q”, “w” and “x” because these exist in Kurdish but not Turkish. Thousands of people were forcibly moved to cities in an attempt to erase their ethnic identity.

For much of the Turkish republic’s existence, it has been under military rule.

The PKK was founded in 1978 by Abdullah Öcalan. In response to increased repression, the PKK began an armed struggle in 1984.

The state’s response to the PKK uprising was brutal. The army, air force and death squads were unleashed. More than three quarters of the 40,000 people killed were Kurdish – mostly civilians. In 2004, the Humanitarian Law Project said that 18,000 Kurdish civilians had been extrajudicially executed by the Turkish state.

In 1999, Öcalan was arrested by the CIA in Kenya and renditioned to Turkey, where he was sentenced to death. The sentence was commuted to life imprisonment when Turkey abolished the death penalty as part of an unsuccessful bid to gain admission to the European Union.

From jail, Öcalan initiated a fundamental reorientation of the group’s politics as an orthodox left-wing national liberation movement.

Part of this reorientation was placing women’s liberation at the centre of the movement’s politics. Quotas for women in leadership bodies, including having two leaders of every structure and parallel women-only structures, are now a feature of all Kurdish revolutionary groups.

The reorientation also meant replacing a military-based strategy with one seeking to build local, democratic structures for self-rule as an alternative to the state.

Significantly, this meant abandoning the goal of carving an independent Kurdish nation-state out of Turkey, Syria, Iraq and Iran. The existence of the autonomous Kurdish statelet in northern Iraq was an impetus for abandoning this goal.

The autonomous Kurdish statelet in Iraq has existed since the 1991 US-Iraq war, protected by US military power and ruled by two feuding conservative nationalist parties — the Patriotic Union of Kurdistan (PUK) and the Kurdistan Democratic Party (KDP), each of which was based on rival feudal clans. Öcalan saw this entity replicating the vices of other nation-states.

One outcome of this reorientation was the establishment of separate Kurdish-led revolutionary groups in Syria, Iraq and Iran. While ideologically linked to the PKK, these groups are not organisationally connected to each other. This reflects the reality that, while the struggles in the four countries share the same eventual goal, the course of the struggle is different in each country.

It also enabled the struggle for Kurdish freedom to become more closely intertwined with other progressive struggles in each country.

Within Turkey, there was also a proliferation of groups ideologically, but not organisationally, aligned to the PKK. These included civil society groups and electoral parties. The PKK itself advocated a negotiated end to the conflict and initiated numerous unilateral ceasefires.

For a time, it appeared that this reorientation might help secure changes in the Turkish Republic.

Erdoğan’s Justice and Development Party (AKP) is Islamist, but initially combined this with liberalism. The modernising ideology of the Turkish state — in particular in the armed forces — included French-style secularism. This meant public displays of religion (including things as trivial as wearing hijab headscarves) were banned in universities and the public sector.

In the early years of AKP rule, the government earned support by ending such undemocratic restrictions and curbing the interference of the military in politics. Furthermore, the AKP’s Islamist nationalism — which drew on the multinational Ottoman Empire for inspiration — helped ease the republic’s ethnic nationalism.

After 2002, some restrictions on the Kurdish language were lifted. In 2010, formal peace talks between the government and the PKK began and, in 2013, a bilateral ceasefire was signed.

But domestic and international factors caused Erdoğan to take a more authoritarian path and restart the war with the Kurds.

First of all, the AKP’s political liberalism was combined with economic neoliberalism. Rising unemployment, declining living standards and the privatisation of infrastructure and public space led to growing discontent, particularly among working class youth.

This discontent exploded in the Gezi Park protests and occupations of public squares in 2013. Other social movements, such as the feminist and LGBTI movements, coalesced around these protests. Erdoğan’s response was to crack down.

In Syria — where a 2011 democratic uprising had fragmented in a multisided civil war — Kurdish forces ideologically aligned to the PKK established liberated zones in Syrian Kurdistan (Rojava) bordering Turkey in 2012.

Erdoğan saw this as dangerous example. This was less to do with its example of Kurdish autonomy — the conservative-ruled Kurdish statelet in northern Iraq has close ties with Turkey — but because it involved a grassroots, multi-ethnic, socialist-oriented and feminist democracy.

Erdoğan’s support for ISIS, the al Qaeda-affiliated Nusra Front and other Islamist militias was directed at defeating the Rojava revolution more than the Syrian regime. In late 2014, more than 30 protesters were killed in Turkey when police attacked protests against Turkish logistical and material support to ISIS forces then besieging the Rojava town of Kobanê.

In national elections held last June, Erdoğan hoped the AKP would win a two-thirds majority. This would have allowed him to change the constitution to strengthen the presidency’s powers.

This was thwarted by an unprecedented strong showing by the HDP, which won more than 13% and drew together the Kurdish movement, the Gezi Park movement, other social movements, the traditional left and other ethnic and religious minorities.

After this the violence quickly escalated. ISIS suicide bombings struck Erdoğan’s opponents, and the government responded with “anti-terrorist” crackdowns that targeted the HDP and other left-wing or Kurdish activists. In an atmosphere of terror and intimidation, the HDP still won more than the 10% needed for representation in new elections held in November.

Turkey’s attacks have now escalated into full-scale military assaults against Kurdish communities. Faced with such terror, the PKK eventually ended its ceasefire.

Turkey, a NATO member, is one of the Western powers’ key allies in the region. Western support for Turkey — which includes nations such as Australia listing the PKK as a “terror” group — enables Erdoğan’s crimes.

The progressive and democratic struggle of Kurdish-led revolutionaries in the region deserve international solidarity and support.