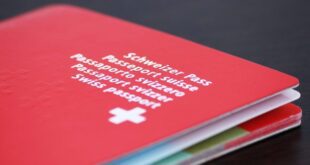 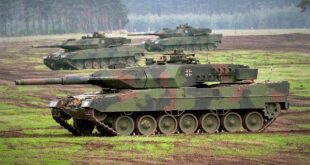 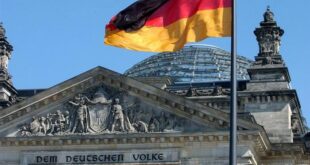 While the Turkish government claims that all original residents will be able to return to Sur, it is likely that, similar to what happened in New Orleans, many of those who have fled will not come back.

The Turkish military operation against the PKK in Southeast Anatolia continues with no end in sight. While Kurdish locals are leaving the targeted areas in droves, plans for urban renewal have been waiting in the wings.

The relationship between crises and profit-making has already been pointed out by Canadian journalist Naomi Klein in her 2007 book The Shock Doctrine: The Rise of Disaster Capitalism. Klein describes how public and private investors utilize economic depressions, natural catastrophes and wars in order to push their neoliberal agendas. As such, urban historian Megan French-Marcelin describes New Orleans a decade after Hurricane Katrina swept through the city as the “most neoliberal city in the United States.” Once the center of the American Civil Rights Movement, most of New Orleans inner city is today gentrified. Many of the former residents have not returned after being forced to evacuate their homes and have thus left Louisiana’s capital to investors.

There is, thankfully, no natural catastrophe taking place in Turkey these days. Rather, a humanitarian and cultural crisis is ensuing. In fights between the Turkish armed forces and the PKK, large parts of the historical Sur district in the Southeast Anatolian city of Diyarbakir have been reduced to dust. Not only are places on UNESCO’s World Heritage List being destroyed but so also are residential areas. Hence, the larger part of the population has already left Sur. The district has been under curfew for over a month now. A few weeks ago the pro-government newspaper Star reported that the profit-oriented public mass housing administration TOKİ will, after the district has been “cleansed from terrorists,” tear down the old and damaged buildings and replace them with modern, “luxurious” TOKİ apartments. The historical areas of Sur will at the same time be restructured for touristic consumption.

Re-housing and urban renewal are not new to the Sur area of Diyarbakir. In 2009, Diyarbakir Metropolitan Municipality and Sur District Municipality (both run by the pro-Kurdish party) had signed an engagement letter with the ministry for environment and urbanization according to which the informal housing in Sur–the so-called gecekondu[1]—were to be torn down. Among other activities, archeological excavations were planned on the vacated area. In this process, some families from the gecekondu were relocated into TOKİ buildings about 20 kilometers outside Sur in 2011. However, the process has since come to a halt as many of the remaining residents have refused to leave their homes.

In an interview with the daily Agos, the Chamber of Architects in Diyarbakir, Merthan Anık, claimed that the military operation in Sur could serve in the press as legitimization for the urban renewal of the area without the participation of the Diyarbakir and Sur municipalities. Member of Parliament from the pro-Kurdish HDP Feleknas Uca has also suggested that this is what the government is aiming to do. In a parliamentary inquiry addressed to Prime Minister Davutoğlu, Uca claimed that the goal is not, as originally planned in 2009, to protect Sur’s history but to make Sur into a “center for consumption” with cafes, hotels, and shopping malls. Uca has also claimed that TOKİ plans to replace the torn down buildings with 4,000 TOKİ apartments. The debate became yet more heated when the PKK-founded Group of Communities in Kurdistan (KCK) called the TOKİ plans a “cultural genocide” and released a warning that anyone attempting to erect TOKİ buildings in Sur will encounter resistance from locals.

Meanwhile, the head of TOKİ, Mehmet Ergün Turan, referring to the already existing agreement on urban renewal with Diyabakir and Sur Municipality in 2009, has denied the claim that high-rise TOKİ buildings will be erected in Sur,emphasizing that the district is a world heritage site that only allows for the building of one or two-story apartments. Instead Sur would be renovated to look like it did in the 1940s and become Diyarbakir’s center for touristic attractions.However, Anık claims that beyond the initial engagement letter no master plan has been presented to Diyarbakir Metropolitan Municipality.

Though the confusion continues on what it is exactly TOKİ will do in Sur, the fact is that with the fighting raging in Diyarbakir and with hundreds of buildings either destroyed or damaged, Sur’s urban renewal is once again on the agenda of the national government, and this time it will be easier to realize. While the government has claimed that all original residents will be able to return to Sur, it is likely that, similar to what happened in New Orleans, many of those who have fled will not come back. If this is the case, this will open the way for a dramatic change in Sur’s social and economic composition without encountering further resistance.

This form of crisis management would not be surprising given the Turkish government has proved countless times that it can masterfully generate profit from human tragedy. For example, the disastrous 1999 earthquake in the Marmara region served as legitimization for the tearing down and rebuilding of whole neighborhoods in Istanbul and elsewhere under the nationwide urban regeneration program Kentsel Dönüşüm.[2]

Since this incident, not only has the construction sector grown exponentially but so also have the quarters that are home to ethnic and religious minorities been completely transformed. Gecekondu residents in particular have been systematically displaced. In return the state has typically offered locals apartments for apparently favorable credit terms in social housing built by TOKİ at Istanbul’s periphery.

Many of these poor areas populated by Alevis and/or Kurds, for example Okmeydanı in the Beyoğlu district of Istanbul or Küçükarmutlu in Sarıyer, are at the same time strongholds of left political activism. Thus, while on the one hand construction firms in cooperation with the state line their pocket, on the other hand part of the political opposition is effectively contained—killing two birds with one stone. It remains to be seen whether a similar logic could soon be applied to Turkey’s Southeastern crisis region.

[1] “Gecekondu” refers to informal settings that were virtually built “over night” and in which until today relatively primitive living conditions prevail. Many of these settings are located on the fringe of big cities such as Ankara and Istanbul; however, some are located in the center. In 1966 a law was passed that legalized most of these settings.

[2] “Kentsel Dönüşüm” refers to a nationwide urban renewal program based on an urban transformation law from 2012. The program is administered by the Ministry for Environment and Urbanization. In the framework of the program millions of apartments have been torn down and replaced with new buildings, most of them in Istanbul. The public mass housing administration is the most important actor in Kentsel Dönüşüm since it both builds social housing at the urban periphery and supports more luxurious construction projects in the center. 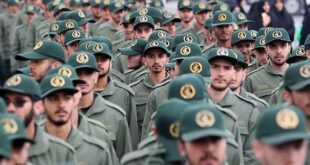