POSTPONED LIVES OF REFUGEES FROM TURKEY

Eleni Takou: “It is obvious that these figures become a reality for refugees coming from Turkey. These refugees are a subject of bargaining and a card useful for diplomacy between two states.”

A panel discussion addressing problem of long interview dates given to refugees from Turkey was held on March 29 at Politechnio University in Athens. The event was organized by Solidarity Collective of Political Refugees From Turkey which is known as Filika.

The aim of the event is described at Indymedia as follow: “Political refugees from Turkey and Kurdistan are faced with hard to believe uncertainty after they apply for asylum in Greece. While expecting their applications to be processed quickly, they are given interview dates in 5-6 years (i.e., 2024, 2025), which constitutes an unacceptable situation and a big problem.”

Niki Georgiou: “Asylum seekers have tried to enter Greek Asylum Service in Athens known as Katehaki but many of them have not succeeded yet due to large numbers of people waiting every day.”

During her speech at the event, Niki Georgiou stated that many “asylum seekers have tried to enter Greek Asylum Service in Athens known as Katehaki but many of have not succeeded yet due to large numbers of people waiting every day. She added that the asylum seekers “may accelerate the application process via a lawyer but they need to pay the lawyer in advance.”

Georgiou drew attention to the legal time frame for addressing asylum application and said that “requests for international protection must be processed within the 3 days and this duration may be extended until 10 days only in very special occasions.”

Georgiou said that Greek Asylum Service interview dates change dependent on the place and these dates are 2025 for Athens, 2023 for Thessaloniki and 2019 for Alexandroupolis. Georgiou added that “according to the European Union asylum legislation European countries must address the asylum applications within 6 months and this timeframe may be extended until 9 months in special circumstances.”

Eleni Takou shared her opinion about very late interview dates and stated these: “It is obvious that these figures become a reality for the refugees coming from Turkey. These refugees are a subject of bargaining and a card useful for diplomacy between two states.”

Regarding the possible solutions to this matter Takou said that “this is a political problem and on one hand, the refugees need to be organized and on the other hand the political situation in Turkey should be explained to people of Greece to address this problem.”

This solidarity initiative of the political refugees from Turkey was created in March, just three weeks before the panel discussion event. The collective with a statement published at its website calls for the refugees from “Turkey and Kurdistan to initiate the solidarity with the collective.” 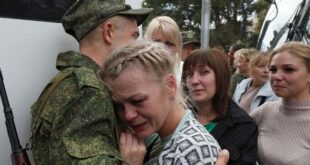